Correct 1000 exams with a bit of OpenCV 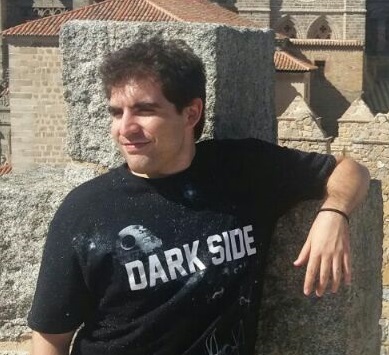 The objective of the talk is to demonstrate the use of some iconic libraries, tied through the plot thread of achieving easy test analysis.

Numpy and MatPlotLib are two of the most important libraries in scientific Python, used for working with arrays and graphic representations respectively.

As a grey scale image in the end is nothing but a matrix, we can use basic image manipulation to show how to work with them with Numpy, like using slicing and numpy functions.

The easiest interface for Matplotlib, called Pyplot, is very useful to display a lot of graphs and plots with very little work. We can show an easy example of this by plotting detected contours over the image.

We can also show some of the most basics functions of OpenCV, one of the most important software for computer vision, which has a comfortable Python binding. We will use the blur, threshold and detect contours functions.

If there were enough time, we could also take a look at the openpyxl library, which we can use to export or import the results of the tests through excel sheets.

It may be important to explicitly note that, due to the limited amount of time available, no library can be deeply explored, and little or nothing will be live-coding demo. However, all the code necessary for generating all intermediate images will be provided through a Jupyter notebook via GitHub.